BIOGRAFIE
“music without gaps in between the tracks” was the reason housemeister chose to become a dj.
in his early days he was accompanied by the music of the pet shop boys, 2 live crew, technotronic
and klf.
by the end of 94 he got his own set of turntables and he started off mixing tapes for his friends….
but nowadays… he is busy playing sets all around the country of germany, amongst others also
france, japan, russia, sweden and switzerland…he himself describes his style of music as”hypnotic
sound research in a dancefloor context blended with avantgarde punk”. his sets played as a dj are
filled to the brim with the finest selection of techno and electro.
hrough his selection of music has the ability to light the spark in the clubbers mind, supplying them
with full on party atmosphere in a very confident way, wich makes them wanna dance and scream
for more!
vvdj since 1994
+ 1996-98resident at matrix berlin
+ 1996-98 raveline-magazin cityreporter
+ 1997 first parade de techno in paris on the german/french youth truck
+ 1997-2000 resident suicide club, discount
+ successful event-series called “who the fuck is murphy?” hosted by housemeister and djoker
daan as residents at discount club berlin,followed by tour
+ since 1998 member of the bpitch control berlin collective
+ from 2000 on resident at sternradio berlin and polar tv berlin global village dessau and kkh
events
+ fritz loveradio 2001
+ loveparade 2002 as dj at the 1.daf concertsince 15 years
+ 2002 first release on bpitchcontrol , with following licensing of carl lagerfeld for his lagerfeld
compilation
+2002 foundation of his own label “berlin kraft”, playground of housemeister
+ 2002 starts taking piano lessons
+ 2003 april, mayday dortmund 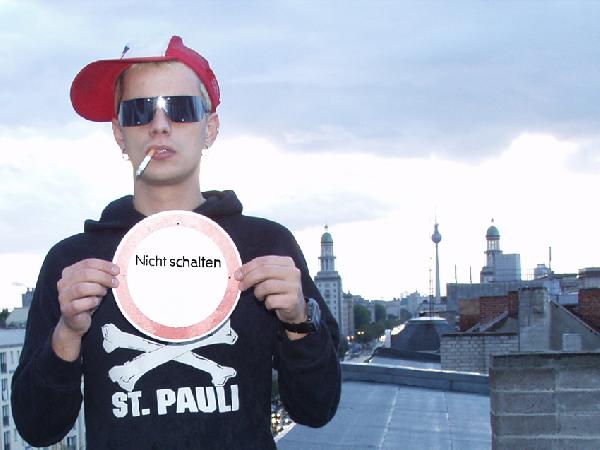 ?
Well sure, after all he licensed my first track on Bpitch for his compilation CD. But the truth is probably that he paid someone with a good up-to-date knowledge in music to pick out the tracks for him, and the only thing he did is just put his signature on it. But hey, he signed it so he has a good taste in music ;)

How did you get involved with Bpitch and how do you feel about being a part of the Bpitch family?
I’m a damn good DJ for ten years now

Ellen Allien heard me play more than once and was enthusiastic. Also we knew each other already from our group of friends. And on one day, far before my first release, she asked me how I felt about becoming part of Bpitch. The answer was simple, in that time Bpitch also organised the best parties of Berlin. I said yes and with that I was the only one in the Bpitch collective without an release. She really believed in me.
Berlin Pitch Control is a damn good matter. We are all friends, we all live in the neighbourhood and we see each other frequently. There are Bpitch meetings where we discuss everything that’s on our hart. We have an awesome office together with Benita, Carsten Jost and Roman Flügel. The Pfadfinderei, a design bureau that we work with, is in the same building on the Hackeschen Markt, right in the center of Berlin. Something better couldn’t have happened with my sound!

You have your own label, Berlin Kraft. Until now there are only two releases from yourself on the label. Why is that and what are your plans in the future with Berlin Kraft?
Berlinkraft is originated because I was too proud on two tracks that Ellen didn’t want to release on her Bpitch label. I really felt that those tracks had to be released! I thought fuck it! Than I'll just start my own label. A label far, far away from the big business and the money. Here are we all the same. It’s just a playground for me, and for the time being for me only. I can make whatever I want, whenever I want I always wanted to do that. And right now I want to release another Berlinkraft, another Otherfucker release. It must come out in June/July. Besides that, next year, I want to release also other artists on Berlinkraft. If someone has material that suits the label they can send it to the Bpitch office, to the attention of Housemeister.

You have played records from Japan till Paris. Why don’t we really know you in Holland and what are we missing? (what do you want to say to the Dutch promoters

That’s a question I keep asking myself too?! What you are missing, you will experience soon I hope. Lets work that Otherfucker!

On the pictures on your website you look like a real ‘Berlin bad boy’ Is it really as bad as it seems?
For sure! I’m a bad motherfucking technomonster. Be afraid!

Also on your website you have a constantly changing exhibition with digital Housemeister-art. Who is the artist behind this and is art important for you?
That’s another hobby of mine. I’m always working at multiple things at once, and I always have to play. I’m not planning to grow up

Art is very important for me. When I’m not in the mood to make music I’m making graphics, and very often I’m making music and art at the same time. Than I’m busy making music in my home studio, smoke some weed, I turn myself around and start making patchwork patterns from canvas. Sometimes I cut out different patterns and mix them like a DJ. It’s always the same, I just want to mix! I just had my first exhibition in Kreuzberg Berlin together with Miss Kittin, Acid Maria, Angie reed and Queen of Japen. There were 15 paintings and 20 digital collages. We sold everything!

In your set from the Bpitch party 31-12-2004, you here the crowd going crazy every time you mix in a new record. What kind of feeling does that gives you and is this why you love being a DJ?
That’s the best feeling there is! First of all I love music and secondly I like being in charge

On the 1st of April you played at the Tresor closing party. What are you’re feelings about Tresor closing forever?
I have the luck that in the two months before the Tresor closes, I have to spin there four last times. Two times in the Globus and two times in the Tresor. I really love this place. In 1995 I came for the first time in Tresor. On this Sunday there was a party called “Club the Rest” with Tanith and Ellen Allien…..fuck! It’s a big loss and I cry some big tears… The fame of Tresor doesn’t come out of the blue. It’s the magic that this club never lost. When you can, go and visit Tresor one more time!

As a DJ you play in almost every hot club in Berlin. What are the hot spots for yourself if you going out?
Hmm, there are so many. During the week time I like to go to the WMF. In the weekend I don’t have much time. After my gigs I like to go to the Berghain (ex Ostgut), there the parties always go on till 4 o clock in the afternoon

Furthermore I like the Watergate very much, and not to forget the Maria Am Ufer, also a really wicked club. In Berlin we have the best after hour of the world, the “Beatstreet” That’s never on the same place but always has the most bizarre locations in the winter and in the summer time!

What can we expect in the Future from Housemeister?
My next release on Bpitch is coming out in July. It has the catalogue number 111, that’s so cool because I’m born on 11-11-1977. Also there’s an new Otherfucker release planned on my Berlinkraft label. In addition it’s going to be a TokTok vs Otherfucker. Fabian and I are often in the studio together and it rocks like a motherfucker! And now the best thing: Housemeister is going Live!!

Buckle up your seatbelts, cause this is going to be crazy!

Which question did I forgot to ask you, and is there anything else that you want to tell us?
You forgot to ask me how do I produce my music! I love step sequencer machines and guitar effects. I sample everything in life with my minidisk and I’m always searching for new melodies, grooves and sounds in that sample stuff. The things is with maki……Blablablabla, cut the crap: Actually I only want to play!!!!!!!!!!
Thanxxx for the interview, and see you in the future. 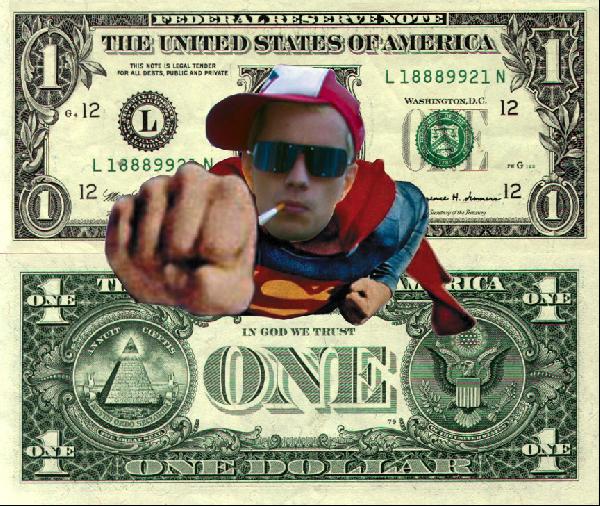