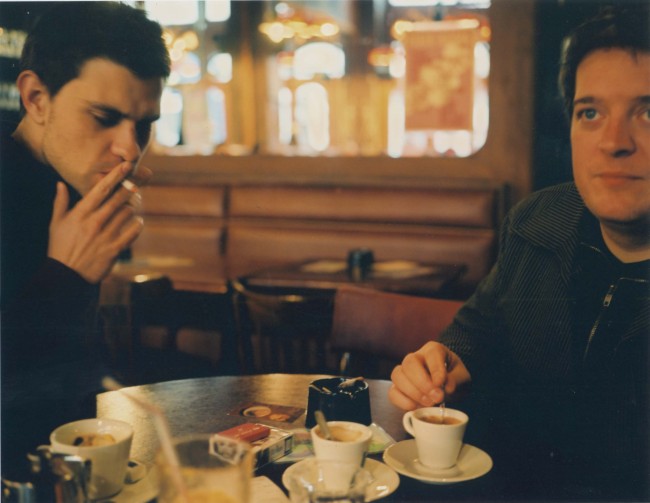 Groovetrackers: Your latest gig in Holland was cancelled because of a tour that was scheduled in Australia. Can you explain once more why you had to cancel the gig and was the Downunder tour worth it? Got a good taste of the Australian techno-scene?

Olivier : This Australian tour was scheduled since many months but has been confirmed quite lately. We had to go there as a tour like this involve a lot of heavy partnerships. Finally It was a beautiful experience : that was the first time we played there and the gigs in Perth, Sydney and Melbourne were really exciting. Anyway, everything is giant in Australia : cities, deserts, beaches, and…parties ! The crowd is also nice and can be compared to the UK’s one : open minded and crazy !

GT: I red you made a brand new liveset, what can we expect in march?

Olivier : Still working on it ! You know, we’ve played our old live set for more than one year now…it’s really long. The songs we were playing were still the same, even if the parties were different. So we needed urgently to renew all the setup and the playlist in order to find a new excitation. Well, you can expect for something more colourful and good sounding. Erm…I hope so !!!

GT: Can you tell us what kind of hardware you use? Some new stuff for the new liveset?

Olivier : A brand new set-up for the live set : the new “brain” will be a PowerMac G4 running Ableton Live, replacing our old MPC2000XL, which is actually totally destroyed after 4 years touring around the world ! This software is amazing as it’s built like a MPC with a lot of brand new possibilities… We’ll also bring a couple of synthesizers ( Clavia Nordrack 2, TB303…) as I definitely need to feel real knobs in my fingers to rock the place and play with the crowd.

GT: Almost everything can be done with software, why do you guys still use hardware?

Olivier : It’s important to mix these two technologies : the power and flexibility of the computers, and the warmth, poetry and ergonomic of the old analog hardware. I still need to feel a contact between an instrument and myself : something really strong that cannot be enjoyed with a mouse and a laptop. Writing and recording music is not only a story of power and technical possibilities, but also a story of mood, state of mind, inspiration…Actually it’s like making love with a girl you love.

GT: You’ll bring your own veejay to the show, how important are visuals for you? How important, besides music, is art to you? Is it an inspiration source?

Olivier : Unfortunately, this project is awaited : we want to synchronise each sound or each pattern to a video or picture…it’s a fucking hard job ! But this thing will be ready this summer for summer festivals…

GT: It’s almost a year since your last album came out. I red some really positive and, unfortunately, some negative reviews about it. What do you want to say to the one’s who wrote bad about it and what are your thoughts about the album nowadays?

Olivier : Bad reviews are as much important than good ones, and I can understand the fact that some people, waiting for a “banging-techno” project, have been disappointed by our last album : we wanted to produce something more personal, intimist, merging all our influences and feelings while a lot of people was waiting for the music we play on stage. Today, I am still proud of this album : it’s really a part of ourselves as we tried to bring our music into poetry and deep feelings. And the next one will be even more intimit.

GT: What can we expect for the nearby future?

Olivier : We are going to release a brand new EP on “F…U FCOM”, the new dancefloor subdivision on F-Communications. Actually we share the record with Jori Hulkkonen : one side for him, one side for us. The result is quite…rock’n roll. We’ve also done a lot of remixes : Anja Shcneider’s “Tonite”, DK8’s “Murder was the bass” which is a fucking dancefloor bomb, and Southsoniks. Then we’ll tour all the summer…that’s what I really enjoy. And then we’ll work on several projects and of course a brand new album.

GT: How, according to you, is the French techno scene involving?

Olivier : The French scene is still alive and exciting but compared to other countries in Europe, it’s not so well developed. I mean here are not so many clubs to go…so we must travel. This is strange because we have a lot of good producers in here but everyone’s must go around to play.

GT: You did a great remix for Anja Schneider’s “Tonite”, who started releasing not so long ago, how did you get in contact with her?

Olivier : We met Anja on her radio show on Radio Fritz, two years ago. We’ve been staying in touch since and came back to the radio a couple of times. She’s a so cool and funny girl, fighting for good and underground dance music on a huge private radio station : it’s an important and hard mission. I’ve been really surprised by the quality of her music when we’ve been contacted by PIAS-Germany to do the remix.

Olivier : We’ve been working and travelling around the world together for 5 years now…so we’re tied up by a strong friendship and a same taste for good electronic music. I like his motivation : he always feels strong and motivated while I am totally destroyed by travels and bad critics.

GT: Shoutbox:
Olivier : We’re really excited to come back in Holland, which is one of our favourites destination !!!

GT: Can you make us a your top 5 in tracks of this moment? 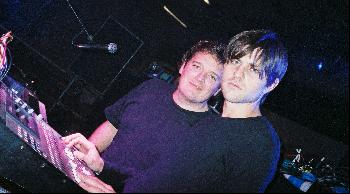