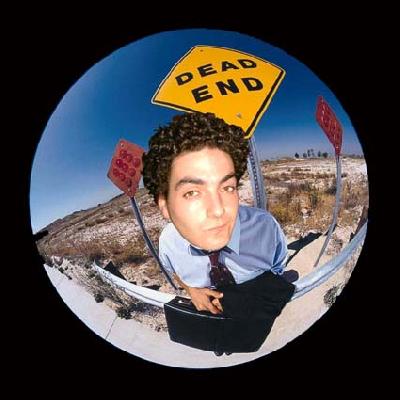 Olivier Giacomotto is first of all a composer, a musician passioned by sound. I think that music is an efficient way to transmit emotion. Music is pure emotion. That's why I like all kinds of music, from classical, jazz, hip hop, reggae, funk, metal, to techno… etc…, every style is able to give a certain feeling, a sensation to people. That's what I pay attention when I listen to a record or when I compose music. Composing music is also a way to transmit what you got into you, what you feel at a certain moment. I'm not a person who easily transmits his emotions and feelings: with music, I found the way to let people see what I have into me.
I compose different styles of music, like hip hop, dub, or techno… but in my opinion, Techno is the only style of music where I can express something strong and extreme. Of course you can also express something cool and deep, like with minimal techno, but this feeling can be found in a lot of other kinds of music. With Deejaying, I like the fact to get people completely mad, to give people what they don't expect.

You live in Bordeaux, what can you tell us about the techno scene in France? (What are your thoughts about France's most famous label F-Comm?)

My opinion about techno scene in France won't be a very interesting from my point of view, because I'm not enough into it in order to criticize it in a right way. With my small experience, maybe I can say that it's not developed enough because I sent my demos in France but also in whole Europe, and I haven't sign my first EP on a French label. The techno scene seems to be much more developed in Belgium, Netherlands or Germany…. my future contracts will be with Belgium labels, like LUPP, CORACHI, SESSION RECORDINGS… All the artists I know are from up there, or from Canada, or Spain… That's strange, it seems that French producers and labels are just looking at their bellybutton.
About F-Comm, I respect this label because it's the kind of French label that all other countries are looking at… even if sometimes I don't appreciate the sound from them, it represent a reference of quality.

What's your vision on being a musician, besides making people dance? (You're a pro, since when did you know (or feel) you wanted to be a deejay/musician?)

I'm first of all a musician, and I'm not a proper deejay… while producing my first tracks , I was thinking about what could be the best way to play my music? A liveset with machines or DeeJaying? Visually speaking, DeeJaying looks like more active than a Live Act… and when I discovered Final Scratch in 2001, I directly decided to buy it, being able to play at night, on vinyl's, the track that you made in the morning seduced me.

When did you start producing? We can see your production "Olivier Giacomotto - Playground - LUPP rec's" in Chris Liebing's top 10 chart of the month's May, June and July and Carl Cox's May chart. And what can we expect in the nearby future?

I've started to produce my own tracks in 1999. My first demos were breakbeat tunes… It's funny to hear it now, because I can easily recognize my inexperience. Then I made Triphop, Jungle, Lounge, Hiphop, Dub in various projects like Dubweisers, Uprock Massive or Shagshag. With Shagshag in 2001 we started, Enguerrand and me, to make our first techno tracks, we had few gigs, mixing Final Scratch and a live act at the same time, and only with our own tracks. It was a really good experience, testing tricks with the crowd…. etc… At the end of 2003 I sent my first demo to 20 various music labels, and Jan Vanneste from News called one day to say to me that he liked my tracks and that he will release them on the LUPP 17. After that I got contact with other producers and artists like Ortin Cam, Preach or Zzino. In the nearby future, you'll see my name onto various releases like CORACHI 10 or the next SESSION RECORDINGS.

So it wasn't that hard to find a label to release your shit on! Your first demo succeeded into a release. How choosy are you anyway? Can any label give you an offer to release your tracks or… ? ? ?

that's not exactly what happened… you forgot to mention that this demo is the following of 4 years of intense work, trying to find a style, a sound…etc… If a label like my tracks, I will probably accept to release them, I'm a very open minded person. I also really respect people who take risks by releasing tracks and who push the techno movement forward.


You told me something about CL-Recordings, can this rumour see daylight already?

I don't know… Chris Liebing wrote me an email telling me that he almost felt of his chair when he realised that the track on the lupp 17 he was playing in each gig was sent to him 8 month ago as a demo. That's why he asked me to hear my newest production. He was interested in various tracks I sent to him but in his last email he told me that he needed an ultimate harder track in order to put it in A side of a CLR release… I sent to him more harder stuff and now I'm waiting for the confirmation. So I prefer to say that it's still a rumour : It's better to think that it won't happen anyway. It'll give you more joy afterwards!


You already used Final Scratch in 2001, which makes you an experience expert (unasked), what else are the advantage's and can you share us a disadvantages?

Except the fact to play at night the song that you made in the morning, the other advantage is the fact to carry only a small laptop instead of a heavy flight case full of vinyl's : deejays usually carry a 100 vinyl's with them… and I have more than 1500 tracks in my laptop. The only disadvantage on the very first edition is this special digital sound when you play the vinyl real slow: you can hear the slices on the mp3. But this sound is less perceptible on the last one… and I'm 100% sure that it won't be perceptible at all on the Final Scratch 2 which will be released next month.

Although you only had one hour in Leiden, people called it set of the day. What's your opinion about the set and the party? U used a lot of own productions in your set, didn't you?

I'm very impressed and glad to see that people liked what i did that night… I wish I had 2 or 3 hours in order to show them more, but anyway I'm still amazed by the crowd and its energy. I did my best during this hour, using effects and sampling tricks, when you see people screaming and shouting, hands up in the air, you just feel that you need to give them more than what they give you… so it was like a "giving contest between me and the crowd"… it was my best gig ever ! Yes I played like 10 tracks of mine, only promos and unsigned tracks, I hope that these tracks will be released in a near future. I also played promo tracks from dj preach that he gave me before I flew to The Netherlands.

Of course, I would love it, mixing in Holland was my best experience ever. But I need to get in contact with some promoters or to find a booking agency which permit me to come back in Holland.

Last question, what did I forget to ask or do you want to share anything with us?

I released my first EP few month ago, so you should expect more from me in the very near future… On vinyl and on stage!