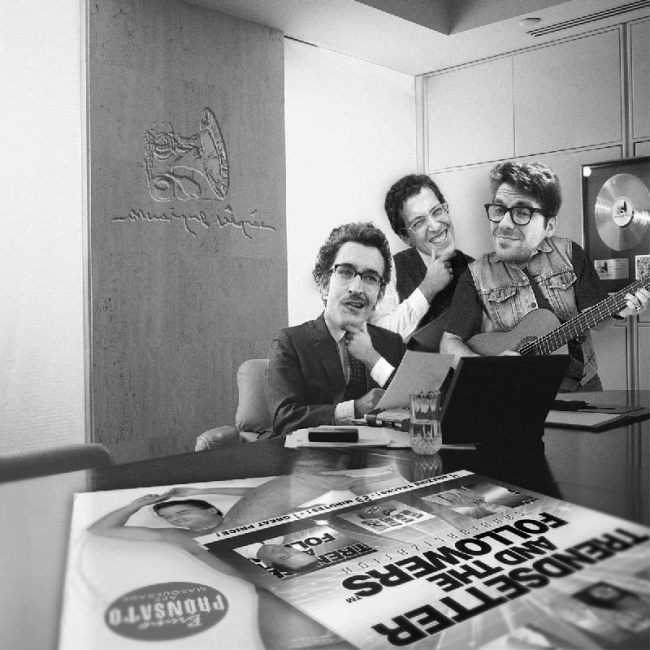 
There are many labels in this world, maybe even more outside this one, but why another label and what's the difference between all the others and Musique Risquée?

Vincent Lemieux: The label started from a common thinking between Marc Leclair (Akufen) and me, and two other friends, Stephen Beaupré and Scott Monteith (Deadbeat). We thought it was time for us to do stuff our way. To release the music that we all cherish and that we all believe deserves to be listened to. And the difference resides in the risk that we’re ready to take with each release. We try out stuff that we believe in and hope that people will follow us in the long run.

Akufen: I believe in releasing the music I like no matter what it is. I won’t restrain my tastes or choices to electronic music essentially. I’m always in favour of the idea of music globally. If it’s good, it’s worth releasing it. The artists featured on Musique Risquée are in each case close friends of ours, and I think this has to be the forte of any label. The signature of a label is defined by its artists involved.

5 releases so far, and we can expect more in the nearby future. What are the long term plans for Musique Risquée?

Vincent Lemieux: We have no fixed plans of what and where we want to go. The future is so uncertain that we just want to let things come to us, not musically speaking, but in the direction we want to take and what should be done. But for sure releasing albums is one of them.

Akufen: I try not to think of long term plans cause as Vince said the future is quite uncertain. For now we simply hope to keep the capability of releasing the music we enjoy for as long as possible. Kompakt has given us that fantastic opportunity and we’re very greatful. Definitely albums will be a priority as they’re much easier to diffuse and they often establish the career of an artist more than vinyl’s which are djs oriented.

How important is Canada in the minimal-house-techno scene?

Vincent Lemieux: It is as important as the music that comes out of it. I think nobody here never tought about this issue really.

Akufen: I would personally say quite important. Historically our country has always been a strong cultural platform and also played in the past a significant role in pushing the boundaries of art. So I think this is applicable to electronic music as well. Geographically I would also add that Canada is especially well located. We benefit from various influences whatever it is European or American but also our long and cold winter has been keeping artists secluded in their studios for generations. So I would say Canada has always been playing an important role in art overall.

All the covers I’ve seen are amazing and different then the ones I’ve seen. Why d'you put so much effort into the designs?

Vincent Lemieux: It was the time to come up with something fresher for the design of record covers. After years of minimalism we thought it would be cool to change for something more maximal and playful. We had a friend in Montreal, Sylvain Ferland from Zupton Design (www.zupton.com) who was perfect for this task. We wanted to go away from the dots and lines esthetic that a lot of labels were associated with. And basically making cover art that people would have a good laugh seeing them. Humour has always been very important for us.

Akufen: Cause we’ re a bunch of absurd goofballs. I do not mind seriousness but I think art deserves a good kick in the nuts sometimes. Could I be more explanatory? Risk is fun, isn’t it?

How did you get in contact with the guys from Musique Risquée?
Sylvain: Me and Marc met several years ago. We had worked together on a zine I was doing at the time called 12% and I have also published a small run comic that Marc did called Pat Komix (which included a piece of toilet paper from Mars!). Working on 12%, we did a 24 hours AM radio listening session. Since then, we always stayed in touch, nourishing our love of everything that's cheesy and over the edge.

Why do you think they choose you to the design of the album covers?
Sylvain: We also share the same type of humour and I'm probably the designer the closest to Marc's mind, at least in appreciation for the odd. For sure by that choice, they wanted to impose Musique Risquée as a truly different label because they knew that it was impossible for me to design something normal.

Why (according to you) do they put so much effort into the designs of the album covers?
Sylvain: They decided to live up to the label's name: they do take risks. Every cover I do I always think that they won't go for it or they'll find it too weird. Also what's nice is that Marc and Vince are both very imaginative and creative and they could easily try to get their ideas through but it's not the case. I have 100% creative control and I'm myself surprised with each cover I do. The purpose is to create visuals as interesting and as unique as the music. For me each Risquée cover is a nice surprise!

What's the philosophy behind the album covers?
Sylvain: Since the Stephen Beaupré cover, I listen to the tracks on repeat mode for about 2 hours while searching in an image bank, eventually something happens. I founded that I when I get scared by what I'm doing it usually means that I'm on the right track.

Is there a philosophy?
Sylvain: I'd say that what is the most important is that I feel the cover represents the music. You must be able to listen to the music, look at the cover and have a story.

Sylvain:
I usually have a general idea of what I'm aiming for but for most of time I can't find the exact photos I need so I let myself be guided almost randomly thru my image bank. In the case of the Mole I wanted to do a live version on Spongebob mixed with impression of an aquarium collage I had done when I was 5 or 6 years old. I'm always surprised on how much the people that did the music love the covers I did for them. I'm sometimes afraid that they might think I'm making fun of their music or something like that. Instead the reaction is very positive. For instance the Bruno Pronsato cover (Ape Masquarade)which features a guy in a tight bathing suit (!). Let just say they're ain't to many electronic music covers with guys in bathing suits…

Questions to Bruno Pronsato (producer)
What was your first reaction when you saw your cover for Abe Masquarade?
Letterly?: “This cover is the fuckin best cover EVER!!!! I love the cover so MUCH! Really, it is a new direction for me as well. I am so pleasantly surprised right now that I am jumping around. Really I think that you are on to some seriousness here…”

You will have a release in may on this label, what can we expect?
Bruno Pronsato:As far as what to expect, I'd like to think that this EP is a little more DJ friendly. My goal was to let things breath a little easier, create a nice space so that people playing records had some room to manipulate things a little. Whether or not I succeeded will see. I've got my fingers crossed.

You used to be a drummer in a metal band, what made you choose "dance”?
Bruno Pronsato:I think it was a natural progression for me. I was pretty tired of dealing with the "community" situation of bands. There are a lot of flakey people out there, and so wanting to continue music but not deal with the dynamics of people, sort of forced me into the digital realm where I could do all things on my own.

You had some releases on ORAC before, what d'you want to share with us
about this label? What's the difference with Musique Risquée?
Bruno Pronsato:Well, Randy, who also does Caro, and Konstantin are really amazing people. They're super-cool people to work with. They sort of have a long-term vision of where they want their label to be – and that is a good sign. I don't think there is big difference between Orac and Musique Risquée, honestly. Marc and Vincent are also devoted to putting out great music. The way I see this is that all of these guys, Randy, Kon, Marc & Vincent are just doing this because they love music – I really mean that. Because no one is making any serious money here, and let's face it, running a label can be a huge liability right now. But these guys just keep pushing forward and are trying to put out the best music they can find. To me that is pretty admirable. Particularly when a lot of their hard work goes unrewarded.

Hope to sell lots of records?
Bruno Pronsato:Yes, it would be nice to sell a lot of records. I need a new computer! 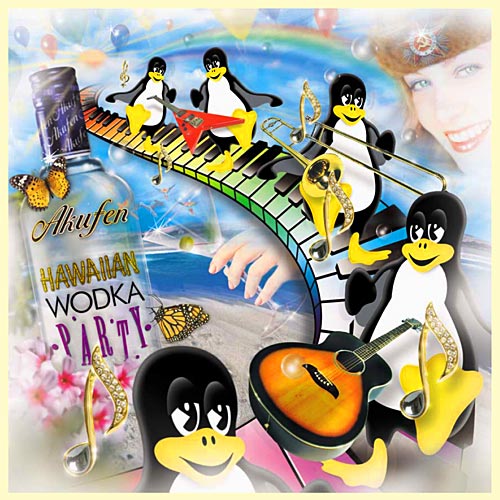 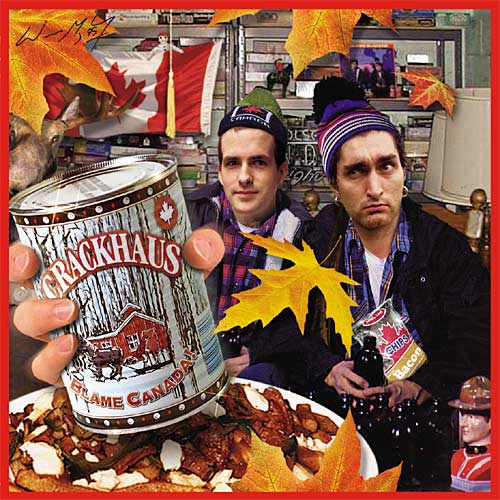 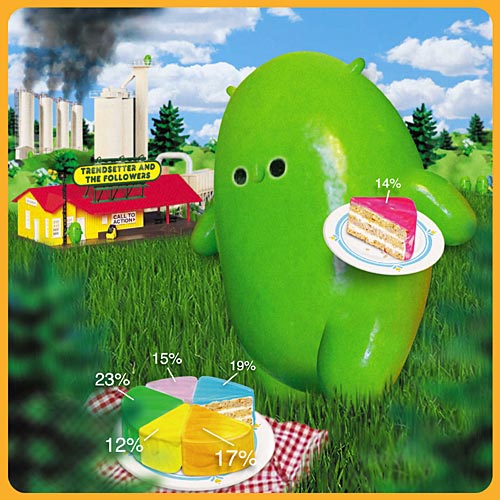 003 - Trendsetter and the Followers - Call to action
. 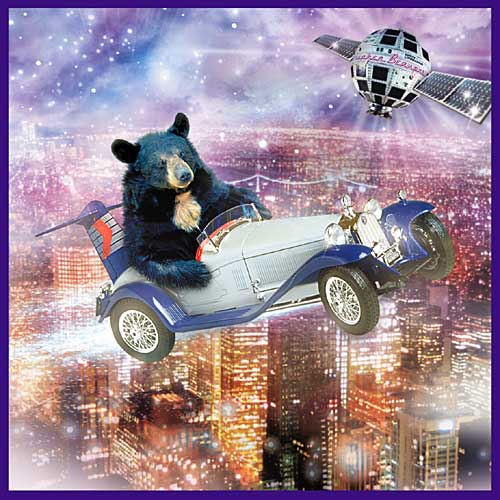 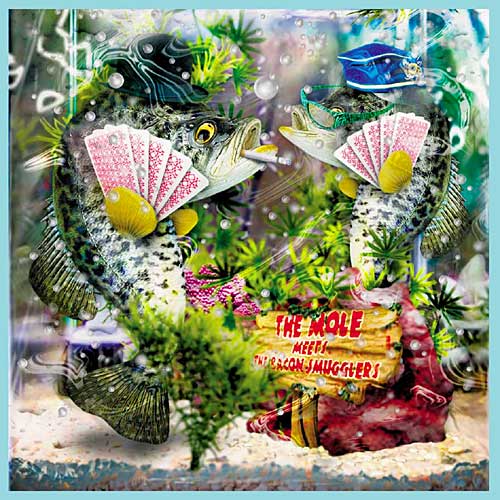 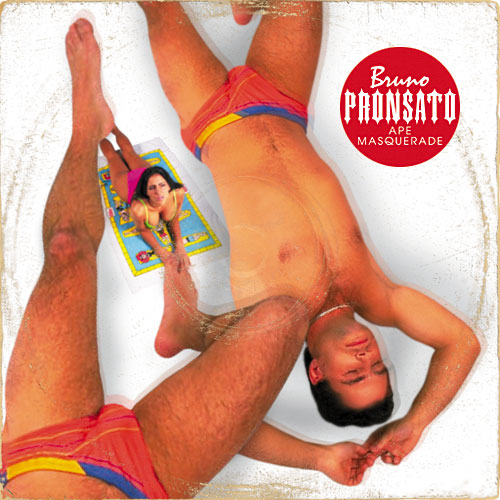 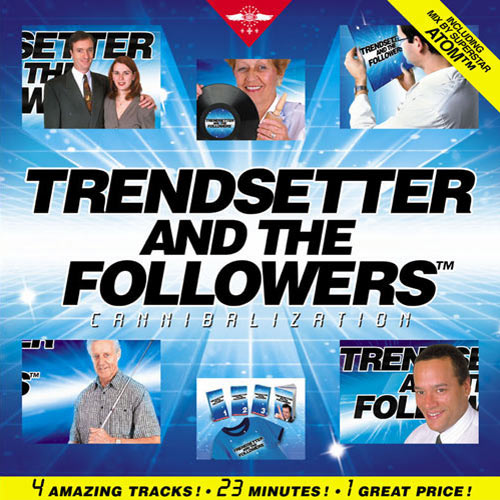 NOT YET RELEASED 007 - Trendsetter and the Followers - Cannibalization

Groovetrackers.com doesn't do music on his website (yet) so please buy the records and listen to them…

…::: Thanks to the jolly good guys from MR, Sylvain from Zupton and Bruno "keep on going" Pronsato :::….