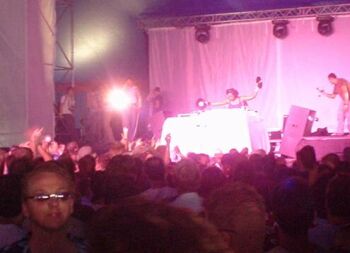 Amsterdam born and raised, Steve is a product of the fertile Dutch club scene which matured in the early nineties when Detroit techno really began take hold. Steve was catapulted into the limelight thanks to his passion for the American sound, which he had developed over the years while listening to pirate radio shows. Taking Detroit as a base for his production technique he added his own splashes of funk and soul to create a sound that builds heavily on the city¹s tradition without confining it to purist lines: electronic but groovebound.

His production talents soon became evident as he begun editing for well-known Dutch musicians, further honing his skills. The eventual result was the string of releases on 100% Pure as Sterac, a moniker which quickly rose to worldwide fame. Releases followed on M-Plant, Prime, Music Man and more recently Dave Angel's Rotation, Derrick May's Fragile and Darren Emerson's Underwater labels. Forthcoming on our very own Tortured is Area/Orbitron, a track which has demolished numerous crowds on test pressing.

Steve has DJd all around the world and has been recognised for his sets packed with contrasts between hypnotic repetition and constant change as well as his smoothness. He's known to make machines sound funky and inject some soul into all that circuitry, something which can be seen during his regular sets at Kozzmozz in Ghent, the infamous Dance Valley and Awakenings.