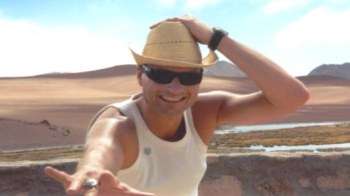 This man actually needs no introduction. He is living proof of what a DJ’s profession is all about.
More than twenty years of serious playing, and still on top of it all. The unique quality of Marcello is that he still finds as much challenge in every new gig as in his first. This man has charisma in every gene of his body and with his ability of creating the perfect atmosphere he will make the party.

Marcello has put a lot of Dutch clubs on the international dance map. His claim to fame came with the dawning of rave culture in 1990 when he started his legendary Sunday residency at the iT club in Amsterdam. He transformed this Top40’s oriented place into Holland’s premier house temple for which punters from all over Europe would queue up to visit. A star was born.

With his Saturday residency at de Waakzaamheid Marcello put this club on the agenda.
It was here where he met Eelko Anceaux, who was creative director of the Waakzaamheid at that time. Back then they did not know their collaboration would change the face of Dutch club culture.

Marcello and Eelco unleashed Chemistry on the Amsterdam night life in March 1995.
Without making concessions, house music became accessible to a larger audience than ever before, mainly because of Marcello’s open approach to music. Chemistry was the first club where house and techno fused together into what we now call Tech-House. Chemistry still dominates the Dutch scene..