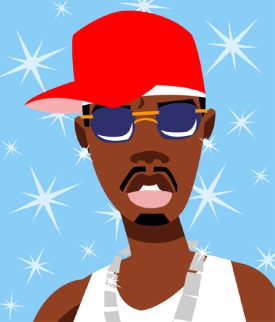 For the past year, P. Diddy has been working on a electro-fueled dance-rap hybrid album, and he's hired some of the biggest names in independent electronic music to produce the disc.

One of his main collaborators is Felix Da Housecat, who wrote 12 songs, four or five of which will make the final cut, Felix said. Other producers include Les Rythmes Digitales, Timo Maas, DJ Hell and Zoot Woman, each of whom color Diddy's world with clattering beats and delirious samples.

"Puff likes that tech bangin' stuff," Felix said. "But it's not soulless and it really has a groove. It's definitely him, and it has a gangsta sound that he brings to it."

While Diddy has never dabbled in European-flavored electronic dance music before, he came into the project with no lack of knowledge. He's listened to loads of underground records and has attended electronic music festivals, including the Winter Music Conference in Miami, where last year he studied up on the numerous hot DJs, noting what he liked and what he didn't.

"He knows cheese from credible, which really shocked me," Felix said. "He wants straight, edgy music. The beats are really stripped-down and raw, and he's totally into it. We were in Ibiza together, and when I played, he jumped on the stage and there were like 5,000 people going crazy to this bangin' stuff I was playing. He's seeing that, and he's like, 'Yeah, yeah, yeah, this is where I want to take it.' "

But while much of the still-untitled album will be upbeat and frantic, Felix said there'll also be some emotive, down-tempo numbers. Diddy likely will bring a number of guest singers into his studio in the coming weeks, but he's also doing vocals himself, and it's not what his fans are used to hearing from the rap Renaissance man.

"It's sort of like rapping, but it's so hard to explain," Felix said. "It's definitely capturing his personality and his vibe in dance, so he's not changing himself. He says, 'I want something sexy and gangsta,' so that's what we did."

Felix tested one of the songs, "Jack You," in front of 25,000 people at the Big Day Out festival in Australia. Diddy played it in a much smaller club, and both were pleased by the response.

"I think 'cuz our worlds are so different, we're able to create some really great stuff," Felix said. "People have tried to merge dance music with hip-hop, but it's never really been accomplished or finished right. That was definitely the biggest test for me."