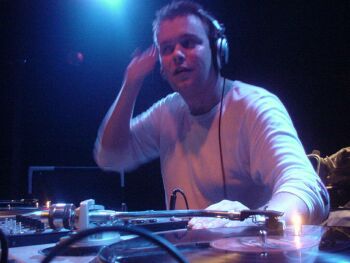 DJ Dazzle was born january 25th 1977 in Breda, the netherlands. At the age of 15 he visited a local club called spock. There, for the first time, he heard DJ Tiësto play. From that moment on he was hooked on dancemusic. After buying his own gear he started playing at student parties. At the age of 19 he was asked to become a resident at spock. That way he could easily improve his mixing skills and get experienced with a good crowd.

When DJ Dazzle turned 21 he was asked by Black-hole recordings (DJ Tiësto’s own recordlabel) to start a new mixcompilation series, called Freedom, a celebration of life. At this point 4 mixcompilations of the Freedom series are released.
At the age of 24 DJ Dazzle also mixed a compilation-cd for US label Nettwerk and the first release of a new cd-series for black-hole recordings called SoundBox. This series will contain darker and more progressive tunes. The mix-compilation MAXIM editions is a special project for MAXIM-magazine.

The sound of his compilations fully describes the style of music DJ Dazzle plays at his gigs, Rhythmic and energetic progressive house, with and without vocals, always uplifting. His excellent musical taste combined with his superb mixing skills are a joy to the ear.

DJ Dazzle also produces his own tunes, on his own and together with other producers/dj’s, such as Geert Huinink, DJ Cor Fijneman, Misja Helsloot, Raf Jansen and Richard van Dongen. He did remixes for artists like Q-lock, Jaimy & Kenny D and Way out west as well.

Nowadays DJ Dazzle is booked all over the Netherlands and regularly visits Norway and Israel. In March he did a tour through Mexico and played in Miami at WMC 2001. Plans are being made for further visits to Israel, Canada, Malaysia, Greece and Spain to play.
At his gigs DJ Dazzle played alongside DJ’s like Seb Fontaine, Judge Jules, Cass, Armin van Buuren, Guy Ornadel, Hardy Heller, etc.