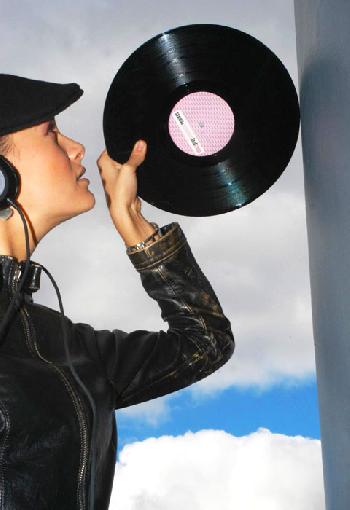 influenced by events such as apokalypsa, orion hall, bassblaster, etc. Which she had been actively visiting for several years, she had the feeling that she could express her relationship to music in a way other than just through dance. At that time due to her work she was also visiting london where in the same way as at parties in the czech republic she felt a strong yearning to not just participate in a passive way and dance was nowhere near enough for her now. After returning home she told two djs from liberec about her feelings and thanks to them she had her first opportunity to see what it’s like to play an important part at a dance party – i.e. to stand behind the record player. She immediately enjoyed these first opportunities so much that she decided to devote as much of her free time as possible to djing, although thanks to her success as a model she didn’t have that much free time.

There then followed work with the naif club in prague where she met local djs and had the chance to rehearse and then play. At this time she also joined the depo9 booking agency which in the eyes of the public placed her among reserve djs, such as lucaso, uwa, teddy b. Etc.

She made her first official appearance at her twentieth birthday party on 22nd november 2002 in the naif club in prague. Thanks to the unexpected success she had there she was offered a regular weekly spot at the naif club. And so a new residents’ night was started up under the name fashion djs. This was then followed by various other offers to perform which enabled her to gain new experiences, to see the reaction from the public and to improve her mixing technique more and more.
In 2003, by which time she already had not only club events but also larger hall parties, radio performances, etc. Under her belt, she began to vary house records with various other styles and gradually created her own typical sound which includes primarily retrobootlegs with an ingredient of electro sound. Michaela was now receiving more and more attention from the media, she appeared on the front cover of rave magazine and inside there was a four-page interview with her. Also the most popular and widely distributed magazine, xmag, was also very positive in its comments about the great advances she had made in her mixing technique and choice of records. In this same year she also parted with her first booking agency, depo9, and began to free herself from the house pigeonhole in order to develop her own authentic style of music, containing elements of electro, typical vocals, hard beat and even guitar samples. She received another major offer from the organisers of one of the most popular hall events in the czech republic, apokalypsa in brno, where she headlined the second retro stage and along with the legendary dj, jerry, she also mixed the official cd compilation, of which 5000 copies were made and given as a present to most of the people at this event. At present she is filling up her djing calendar by playing all over the czech republic, slovakia, as well as also performing in other foreign countries. Thanks to her enthusiasm she is also learning how to produce her own work and is finally being able to realise her own musical ideas and concepts.
The magazine xmag issued her cd. In summer 2004 she played in a most of open-air festivals in czech republic.
In july 2004 she became the resident dj of party kingdom. 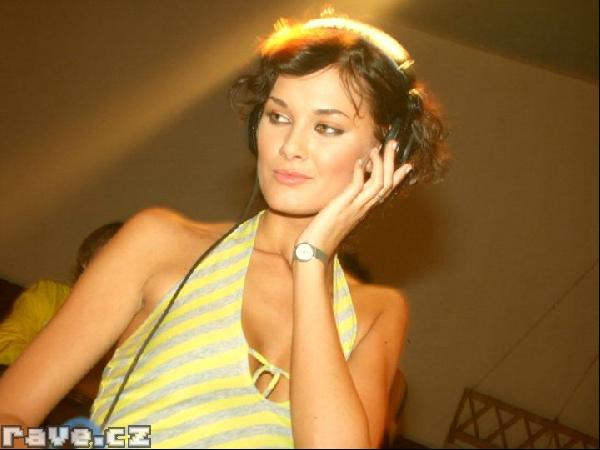 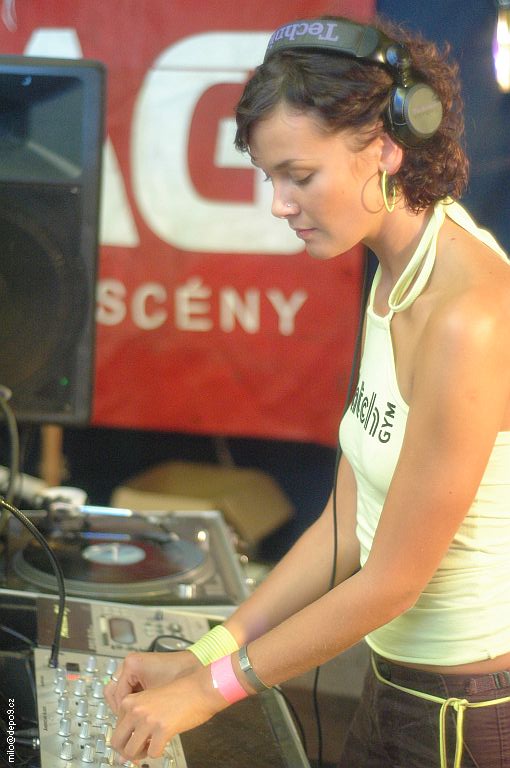 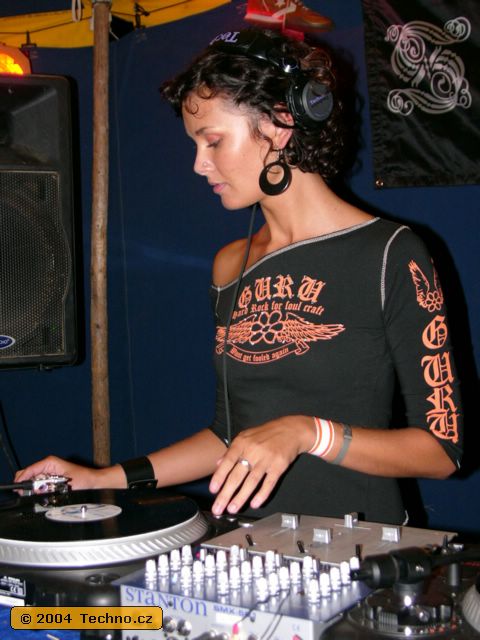