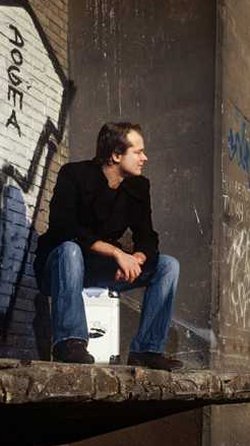 Genre / Style
Deephouse music with a blend of minimal beeps and beats!

Profile:
Nutritious is one of the new and refreshing dj’s on the block. Based in Amsterdam, he bought his first turntables and started to collect those vinyl’s. After playing many years below the surface he decided to take a look upstairs and had his first performance in Club More (2004) and more followed. This guy is that vinyl junkie who is always searching for those refreshing electronic goodies to aid him in his Nutritious music sets.
With the Absinthbar in Antwerpen he initiated the "Nutritious music" nights, where he will play and sometimes invite one of the talents from the Amsterdam Underground scene.