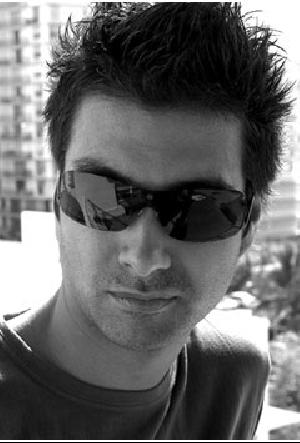 From an early age it seemed as if Matthew Dekay was destined to be a musician. With both parents with strong backgrounds in music, he was brought up in a house filled with music. Inspired, he quickly took up the Piano and by the age of 12 was writing his own songs daringly exploring the world of analogue snyths and 909 drum computers after hearing the likes of Kraftwerk and Jean Michel Jarre.

This unique sound was picked up by ACE Records in Amsterdam where Matthew quickly established himself as an engineer and producer, enjoying chart success along the way, however the sounds he was creating were not what he wanted to be recognized for. He met with Dutch production veteran, Erick E to set up his own project based on his own taste and awareness. Erick’s One Star label became a perfect outlet for Matthew’s unique grooves that caught the attention of the likes of Sasha, John Digweed, and Sander Kleinenberg who used “This Category” on his Essential Mix.

Over the last couple of years, Matthew has been prolific in the amount of productions he has completed. He produced the filthy “Lowriders, pt.1”that will be featured on the forthcoming Deep Dish Global Underground offering. The B-side, “Beat Rising” also got heavily cained by the more progressive dj’s around the globe. The “Beautiful Monday” EP and the now classic late night anthem; “Passion” has added to his profile with it becoming the staple of Danny Howells’ sets for 6 months. This has since led to Sander Kleinenberg commissioning an original track as the first release on his new label. The result “Higher Thoughts” starts where “Passion” left off and is a real contender for the anthem of the summer.
Further productions have caught the attention of Pete Tong, John Digweed and Steve Lawler, with the latter keen on “Move your Body.” There is the cheeky bootleg remix of the Beastie Boys “Intergalatic,” and current work on Mr G from the Advent, remixes for Little Mountain, and production on South Africa’s Capetown Collective.

With the buzz continuing to build, this year has been filled with a sleuth of remixes, and a concentration on completing original productions while juggling an international DJ schedule. He continues to learn his craft at his monthly residency in the legendary Stalker nightclub in Harleem, and continues to appear at showcase Dutch festivals Pinkpop, Lovefields, and Extrema, for who he has mixed the official festival CD. This year will also see the first live appearances from the Matthew Dekay Band, a unique concept, combining the deck skills and programming of Matthew with a full live band, and DJ tours of Asia, South Africa and Eastern Europe already scheduled. Remember where you heard the name first.

» Partyflock out of order
« Beste wensen!