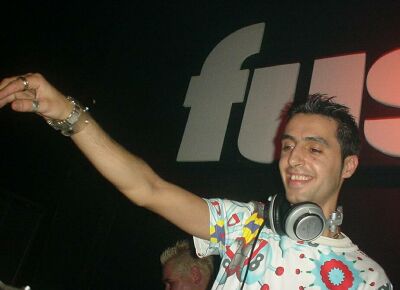 DJ Montana was born in Breda, The Netherlands on 29-10-1976. At the age of 14 he was already involved with music, making elemental house tracks together with DJ Tiësto. At 16 he started to play at club `Spock` in his hometown, first once a week and nowadays still as a resident. Montana plays different styleS of music in his sets. After opening with rhythmic and grinding club music, he usually falls back on techno tunes with bouncing grooves.

In 1999 Montana compiled and mixed his first compilation on Black Hole Recordings, Space Age 2.0, together with DJ Tiësto. A year later, he takes Space Age 3.0 to a whole new level all by himself, and makes it perfectly clear he`s capable of telling his own story. Space Age 4.0 was released early 2001 and has again taken DJ Montana to a higher level.

Montana is a producer of great techno tracks as well, and has had several 12" releases on Black Hole and Avanti. Nowadays Montana plays many gigs around europe, south-america and israel, he holds a residency at the famous Wildlife parties in amsterdam, and has this year rocked most of the big summer festivals, such as Mysteryland, Dance Valley and Impulz Outdoor.