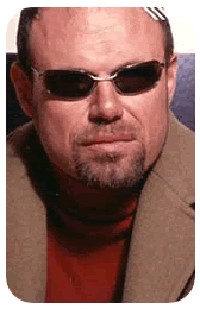 Joey Negro integrated his passion for disco music into house music as both a producer and as a remixer, causing many to call his music disco-house. Negro released music under a plethora of monikers for a multitude of record labels throughout the '90s and into the next millennium. Born as Dave Lee on the Isle of Wright, Negro's lifelong relationship with dance music began in the late '70s, when he began collecting disco, soul, and funk records. In 1986, he moved to London and began working at a record store, Smithers Leigh. The store closed down a year later, however, and Negro began working for Rough Trade Distribution, starting its dance department, Demix, and began working with labels like Rhythm King. Soon, Negro started his own label in 1988, Republic Records, and released his first production, M.D.EMM's "Get Busy." He also went on to A&R classic house records for Republic by Turntable Orchestra and Blaze. His first release as Joey Negro came in 1991, "Do It Believe It," released on Nu Groove, followed by "Do What You Feel," released on another of his labels, Z Records. Virgin eventually released "Do What You Feel" and the song became both a club hit and a pop hit, resulting in an album deal with the major label. He also notably produced Take That’s version of ‘Re-Light My Fire’ with 60’s songstress Lulu. Throughout the remainder of the decade, he continued releasing his productions under an array of monikers and had even more success as a remixer, not to mention his Djing. Most recently Dave Lee has found considerable success recording.