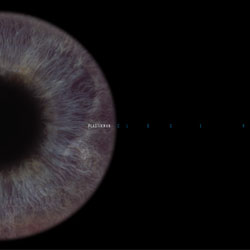 Many people thought they'd seen the last of Plastikman. It has been five years since he unleashed the exquisitely sparse and engaging 'Consumed', and almost ten years exactly since the project began, with the debut 'Sheet One'. Originally envisaged as a trilogy, the series evolved organically, responding to the life events of its creator, Richie Hawtin - expanding beyond these constraints to explore new depths of self-expression.

From the beginning, Plastikman always played with themes of introversion - 303s probing deep into the twisted psyche, s(t)imulating a narcotic wooziness and the accompanying paranoia / confusion. However, When Plastikman returned with 'Consumed', things had taken on a much darker hue. This imposing atmosphere unravels further on the new album.

Appropriately titled, Closer brings the listener a little nearer to the artist himself. It further delves into the mind of this unique figure in the electronic music world, making this his most personal work ever. In addition, for the first time in his career you will experience his own voice. On Closer, Hawtin speaks.

Hawtin says of the album, "With this one, I definitely feel more vulnerable than I have before. I don't know if that's because of the vocals on there, or because the wall between me and the audience has, over the last 10 years, slowly come down and brought me closer and closer to them. But listening to what's on this album, sonically and vocally, it's as close thus far to how my mind really works."

Musically, Closer is his most complex work to date - still working within the re-occurring themes of minimalism and repetition, yet it is Plastikman at his least linear. Structures are drawn out, slowed down, pitched into oblivion - sounds collapse in on themselves and then re-emerge taking on new form. From a mechanical point of view, it gives the impression of a machine malfunctioning - extrapolate this to a more organic, human or psychological view, and you get dysfunction, indecision, self-scrutiny - the internal battle involved in the dissection of the ego.

The idea of duality is central to the album's concept - "My whole career has been about this tightrope walk, going back and forth between my own split personality and ideas - going between playing clubs to five or ten thousand people and rocking it and partying and then making experimental music sets like Consumed or the Concept series," he says. "And I think that duality has really kind of come forth on this album more so than any of the previous albums." In a typically meticulous display of continuity, the album's packaging will also express this idea. The smooth, innocuous outer sleeve reflects the exterior we sometimes project masking inner turmoil. The inner sleeves and also the print contained with is made up from collected thoughts/ideas/photos that inspired the making of the album. In order to read these collected thoughts the listener needs to 'get inside' the CD or vinyl formats and tear them apart.

Musically, this idea is especially clear on 'Ask Yourself', the opening track, which begins with a barely audible voice, seemingly in conversation with itself. It sounds weary, uncertain, and trails off without reaching any conclusion, creating a sense of uneasiness in the listener - further amplified by the sombre drama of the ambience which immediately follows. This is immediately reminiscent of 'Consumed''s dark atmosphere, but the acidic sub-bass which comes next harks back further, to 'Sheet One'.

The surprise comes with the crisp, two-step hop of the beat, and then, more so, the vocal. Interestingly, it was the completion of this track that solidified Plastikman's impending resurrection. Says Hawtin, "'Ask Yourself' was not the first track that was recorded, but it was the point of no return. When I finished that track, the vocals came together, the music came together. As soon as the master was played, I was, like, 'The Plastikman album has started from this point on.' And from that point on, everything made sense."

'Mind Encode' captures the nocturnal creep of Consumed, maintaining the stark John Carpenter-esque feel, but twists it into a lurching new form that seems to stumble out of the speakers, collapsing into the haunting, beatless, 'Lost'. From the melancholic strings rises a lone 303 bleep, contorting out of key, and gradually increasing in tempo until it is joined by the analogue bass throb of 'Disconnect', the first single from the album. The track is a seething, vocal number that seems to address the masochism involved in a dysfunctional relationship - Hawtin suddenly found himself with "this song that was, like, four verses and had absolutely no music to go with it. How the hell did I go from being an instrumental, electronic artist to recording vocals?"

'Slow Poke (Twilight Zone Mix)' is Plastikman at perhaps his most abstract - calling on the refined, ultra-sparse approach that befits Hawtin's Concept work. Dry hisses and crackled percussion is juxtaposed with an insistent sub-aqueous bass bubble, and a momentum that heaves itself along, getting freakier as it progresses. The sense of unease is palpable and contagious - is that a Nokia phone ring buried in there, or are you imagining it?

'Headcase' increases the disorientation. Barren textures and a taught, rubber band bassline are bombarded with a seemingly inexhaustible barrage of delays and echo effects, sending sounds plummeting out of earshot into the abyss or shooting off into the ether. A lifeline is offered around the six minute mark in the form of a pitched down handclap but then, after a deceptive break, you're pitched back into the fray and at the mercy of the constantly shifting reverberations.

'Ping Pong' is one of the album's most upbeat moments, yet it eliminates itself from being overtly dancefloor with it's complex off-kilter delays (possibly actually the reasoning behind the title), venturing further down the path first hinted at on the 'Sickness / Panikattack' single, with its fiendish judder. Hawtin casts aside notions of 'traditional' percussive sounds and instead processes analogue synths with delays and compression in order to drive his music.

The heavily-processed vocal resurfaces on 'Mind In Rewind' - its repeated refrain lamenting the dysfunctional complexity of the brain's troubled though process. The track possesses a nifty two-step swing that's very much a characteristic of 'Closer', but the tinny rimshot hit and stark, synthesized backing resembles some of the work on 'Artifakts' - with an almost Eastern feel to the music. This vibe continues through the three minute headswim of 'I No', and segueways perfectly into 'I Don't Know', the album's final track.

Of all the tracks on 'Closer', 'I Don't Know' is most reminiscent of the earlier Plastikman material - the 303's finally emerge from the depths and come to the fore, offering a comfortable familiarity after the disjointed trip through Plastikman's mindset. There's a sense of calm, albeit a weary and melancholy one, which comes across in the vocal and provides a certain resolution to the turmoil of the album as a whole. Perhaps Hawtin sought to reassure the listener that his mind isn't such a dark domain, after all…