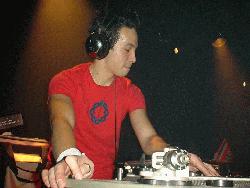 Laidback Luke was born in Manila, the Philippines on 22 October 1976. The first time Luke was confronted with making electronic music was at a friend who owned an Amiga computer. He showed Luke that he could make songs with bits and pieces of other songs. It was then that Luke realised he wanted to make his own music.
Equipped with only one of the first soundcards in his PC he made his beginner tracks. One day Dobre (Good Men, Trancesetters & Basco) had to dj at Luke's school. Luke went up Dobre and asked him if he could send him a demo-tape. After sending the tape and getting some feedback from Dobre, Luke bought himself a synthesiser. Dobre and Luke kept in contact and planned midnight sessions at Dobre's studio, listening records. Dobre pointed Luke in the right directions and at the early age of eighteen Luke got his first record deal.

Going out to parties inspired Laidback Luke. It was here that he got to know about "dance floor energy". Being a house music freak, Luke got influenced by MK, Todd Terry, DJ Pierre and Carl Craig. The urge to search for harder stuff came when he got confronted with Relief Records. He became a real fan of that funky hard Chicago sound. Along came also Paul Johnson, DJ Sneak, Neil Landstrumm and Thomas Bangalter. By that time Luke had already made his all time classic "Act The Fool" on Touché.

Luke grew quite an image for his hard techno sound, his new work is miles away from the abstract, minimal techno. Luke found this part of the dance-scene being too limiting, and eventually not very inspiring anymore: 'That's the reason', he says now, 'That I didn't produce that much in the last two years. I needed to find a new sound. Something that would inspire me again.'