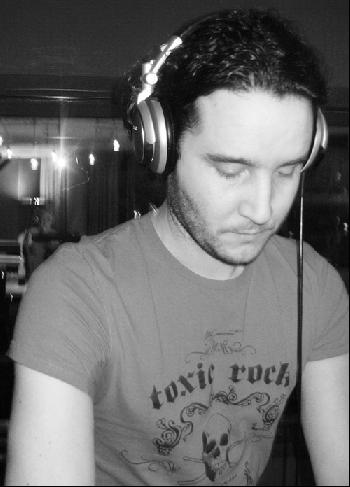 ­­­Born in 1975 in a town called Nunspeet, which is part of the National Park ìHoge Veluweî in Holland.
At the age of 5 moved to Ermelo and lived there for the next 15 years spending childhood and puberty.
Now living in Utrecht for 4 years and working as a graphical designer and photographer in Amsterdam.

Studies
From 1995-2000 Reinier studied Film & Photographi and improved his skills on photography and filming, technically and theoretically. Spending 5 years on the study and in the meantime got hooked on computers, specially the Apple computer. Together with friend of school they did a project at the end of the year and made a 30 minute movie. The movie was called ìMoonchaseî. The movie was produced / casted / filmed /scripted /edited by the two of them. The first movie made and definitely not the last one.
Because of my study designing was a new challenge for me and the computer made it possible to design whatever you wanted too, in combination with photography it was a great combination. Digital art and digital photography took a stand in the life of Reinier., a new passion was born.

When finished this study I went on to do a study Digital Media Design at the school of Arts in Utrecht
(HKU /Hogeschool voor de Kunsten Utrecht).
Spend a 4 year study Kunst en Mediatechnologie (Art and Mediatechnolgy)in Hilversum. The study was called Digital Media design, which consists of concepting, designing, interfacing, and typography in combination with the internet.

Music
By the age of 8 he began to listen more often to music and because ofhis two older brothers he listened to more mature music than the music his friends listened to, e.g, Scritti Politti, Duran Duran, INXS, Prince, SOS band, DAF, Front 242, Depeche Mode, The Art of Noise, Jean Michel Jarre.

A big influence were the Dutch radioshows as for those who like to grooveí with host Robin Aalbers, ëCrapule DeLuxeí (VPRO), ëRadio XTCí who broadcasted illegal shows out of Amersfoort, ëDance Department ë with host Wessel van Diepen. The shows took my special attention and made me discover electronic music and gave me that special feeling for house music.
Mixing breakbeat records (PFM, Knite Force, LTJ Bukem )and old skool acid, thats where it all started.
From 1992-1999 he played a lot with the turntables, made his own tapes, mixed for different kind of partyís and made the collection of ìFoxmixes 1-10î for friends and anyone who was interested.

Artists like Laurent Garnier, Danny Tenaglia, Depeche Mode, Kraftwerk, Green Velvet, Deep Dish made him move in the direction where he is right now, artists with a big inspiration. The Art Of Noise, which I mentioned before, were creative with sounds and rhythms, subliminal and without a doubt original and progressive.