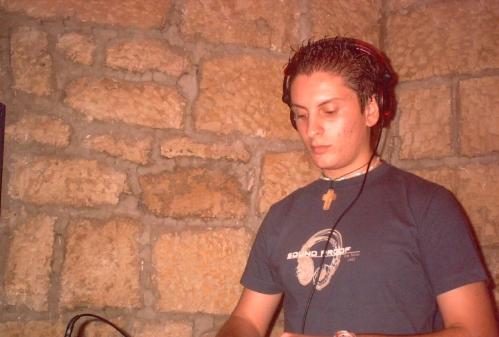 A young and talented kid arose from the town of Qormi, Malta, his name- Fabrizio Gerada. Born on the 25th December 1986 and at the tender age of 10 he was already fascinated with the rhetorical sounds generated by some software on the Playstation console. After a several years experimenting with these sounds, Fabrizio felt the need to expand on his interest and it was then that his brother let him to use his personal computer. By using some software, he begun to do sounds and increased his knowledge on how he could produce better music day by day.

In the year 2001 he had the opportunity to learn more on DJing from Dj Laser and in the early 2002 he continued expanding the know-how from Adrian V. Fabrizio, well known as Sir Round, worked hard in his production and in djing. In September 2002 the official cd album finally was out with the name 'Don't Sleep, Freak!’ Many of these tracks were already on mp3.com and many of them made a hit on the net too.

The DJing world looked brighter for Fab too, and in July 2002 he played his first gig, thanks to FACT DJ agency, the event was called Rhapsody which featured 'Jeff Mills'. Then, 3 months later, FACT DJ agency were approached by the promoters of Trigger, and Fab had the chance to take charge of the wheels in Trigger 2002 which featured 'Dr.Motte', 'Autotune', 'Lexy' and 'Tim Deluxe'.

In December 2002, he tried an innovative approach to Djing when he played part in the duo 'Berserk' which consists of Sir Round and Nik Grek. The first time Berserk showed their style was in a pre-party of 'Ian Ossia'. Berserk dominated the place and everyone jumped for the Punishing Techno that they played.

In the mid 2003 Fabrizio joined forces of Melchior Sultana and Kevin Call aka DJ Nojz to form the first Maltese Techno label, Urban State Records. After many preparations with dedication and determination, in the early 2004 Urban State Records was full set up, with an aim to keep Techno music alive with the collaboration of international labels and artists, promote local talent and also promote their talent. For more information visit www.urbanstaterecords.com.